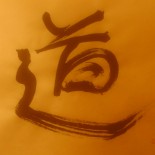 So, Star Wars. I have to admitt, that I was sceptical. The director of this particular movie is not very well liked by me. Why? Because he raped Star Trek, stripping it of all the ideals and motivations the great Bird of the Galaxy had. So what would he do to Star Wars?

Well he did better. Why? Probably because it was easier. There is no basic Utopian idea in Star Wars, in a way it just reflects the human struggle between extremist poles.

What about the movie then? It recycles a lot of old story elements which is somewhat lame, but Star Wars does that anyday. Ever read some of the books? There is a lot of repetition, as the same struggle is played out again and again over the course of history. So it works. Actually there is hardly anything new about it, but it doesn´t need that.

Star Wars is no Science-Fiction. Is does not ask the questions or tells us about a life with a “what if”. It is a fairy tale and as such about emotions, choices, destiny and meaning. The movie stirrs this up and releases it again to the audience, works for me. I am not here for the deep, deep story.

It also takes up very nicely a lot of old things and is full of allusions. Like the Light Sabre in the Snow scene, many a line (This is a pile of junk) or the throwing around of the Jedi training ball. Of course there are stupid things. Ren fights like he has never learned it and the “cross-guard” of his light sabre is just stupid. That might be cleared up in the next two installments, as who Ray really is. I am quite sure, we´ll see if I am right;)

Some thing I really liked: Ray complaining that Finn does not need to hold her hand. Thumbs up. Anyway, a resolute, independet woman and a black guy. Hollywood your bad conscience laid out for everyone to partake, nicely done.

So I am happy with it. May the Force be with you.

This entry was posted on December 23, 2015 by asreon in Movies and tagged Jedi, Star Wars.