So instead of being something dumb like sensible, I jumped into a new army. I wanted to keep it small at the beginning, but then a friend of mine offered me his…so I spent more than twice the money I wanted to and have a large bunch to build, like this: 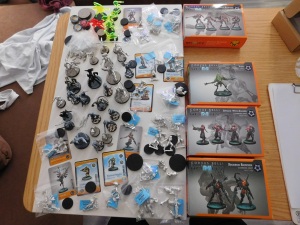 Yeah, that for starting small….

As said before my Druze gave me the idea for the colours and I already finished two of then (plus two Slave Drones, which are drying right now) 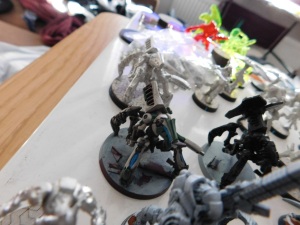 and one of my favourite Lts

Now the hard way to a painted army starts. I can´t wait to throw them at the others, finally not only humans fighting humans anymore.

That is worth some effort 🙂